LT is now going through the month long certification course to be a legally certified K9 handler with Denali. This sponsorship came from funds raised during the GCF – @bravewilderness – @CoyotePeterson 2020 Rhino Conservation Challenge!

After LT passes the DH course with Denali, the two will integrate into overlap coverage of our Mounted Unit Patrol and the ground – vehicle based patrols and coverage. Adding to the multiple layers of protection for the reserves.

If you’ve followed Denali’s story, she’s come a long way to make settle in her permanent assignment. From working protection efforts at a rhino orphanage to standing guard with our Mounted Unit and protecting released rehabilitated rhino orphans, she’s now ready to have her forever handler work with her through all of the ongoing duties of the joint anti poaching units. 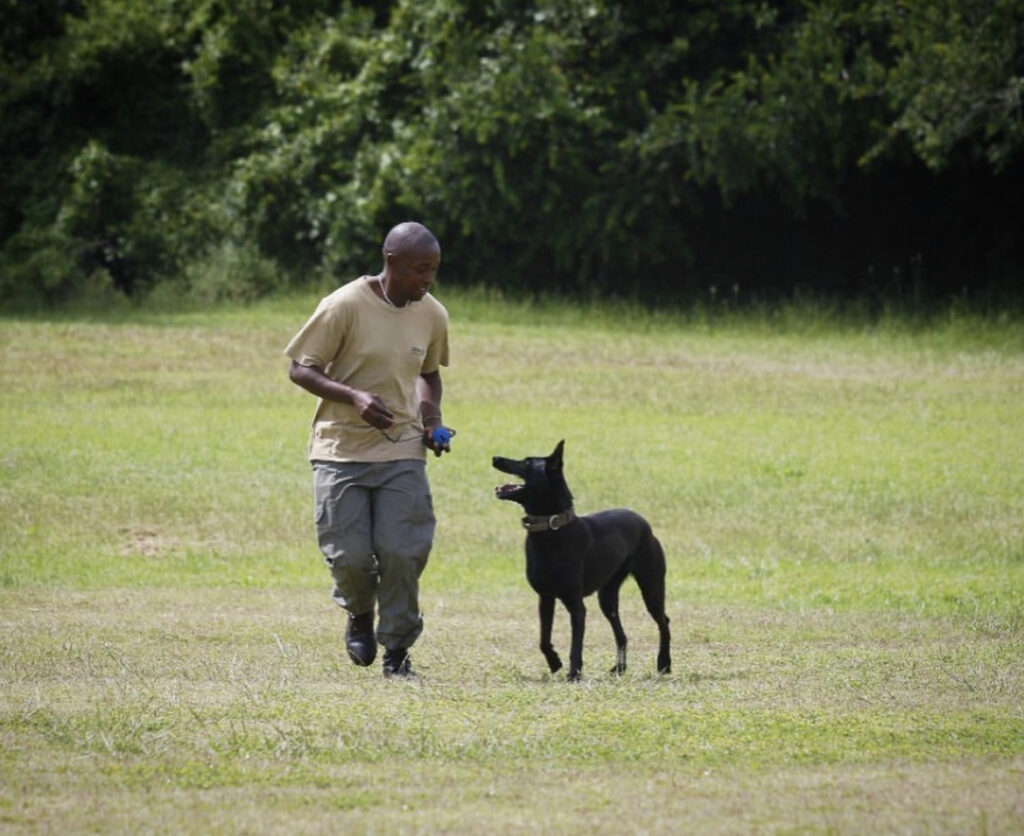 Special thanks to all of our K9 Adopters, Sponsors, and Donors. You all have helped positively impact the lives of dozens of people, K9s, reserves, and anti poaching units.

By admin in Adopt A Ranger, News & Updates, Rhinos on December 1, 2021
DONATE NOW TO HELP FIGHT POACHING
Manage Cookie Consent
To provide the best experiences, we use technologies like cookies to store and/or access device information. Consenting to these technologies will allow us to process data such as browsing behavior or unique IDs on this site. Not consenting or withdrawing consent, may adversely affect certain features and functions.
Manage options Manage services Manage vendors Read more about these purposes
View preferences
{title} {title} {title}