As a result of the devastating bushfires that ran out of control over the period December 2019 – March 2020 this time has become known as Australia’s Black Summer.

An estimated one billion animals have been killed and some endangered species may be driven to extinction. Add to that, countless insects.

Shale Hill Wildlife Project is an informal arrangement between three adjoining neighbours whom collectively own 100 acres of land that was saved from the fires and remains unburnt (mostly).

In the days that followed the fires in our location we found an influx of native animals joining our local population. This sudden rise in numbers placed an unbelievable strain on local resources such as feed and water. Australia had been in the grip of a crippling drought for a couple of years by this stage and water was scarce, add to that the sudden loss of food due to the forests burning and our small patch of green became very important to a lot of wildlife.

The three neighbours got together and determined to support the effected animals by providing food, water and sanctuary.

As Global Conservation Force’s Field Medic Instructor, I was in touch with Mike Veale regularly during the fire crisis and thereafter.
It was at this point that GCF decided to very generously support our efforts by fundraising in the US. This support allowed us to purchase the materials to make 20 water and feed stations. These stations were placed throughout the 100 acres of the Shale Hill Wildlife Project and we were able to provide much lifesaving sustenance to the local and refugee animal populations. Two of the stations were also placed in the neighbouring State Forest, near our shared boundary. 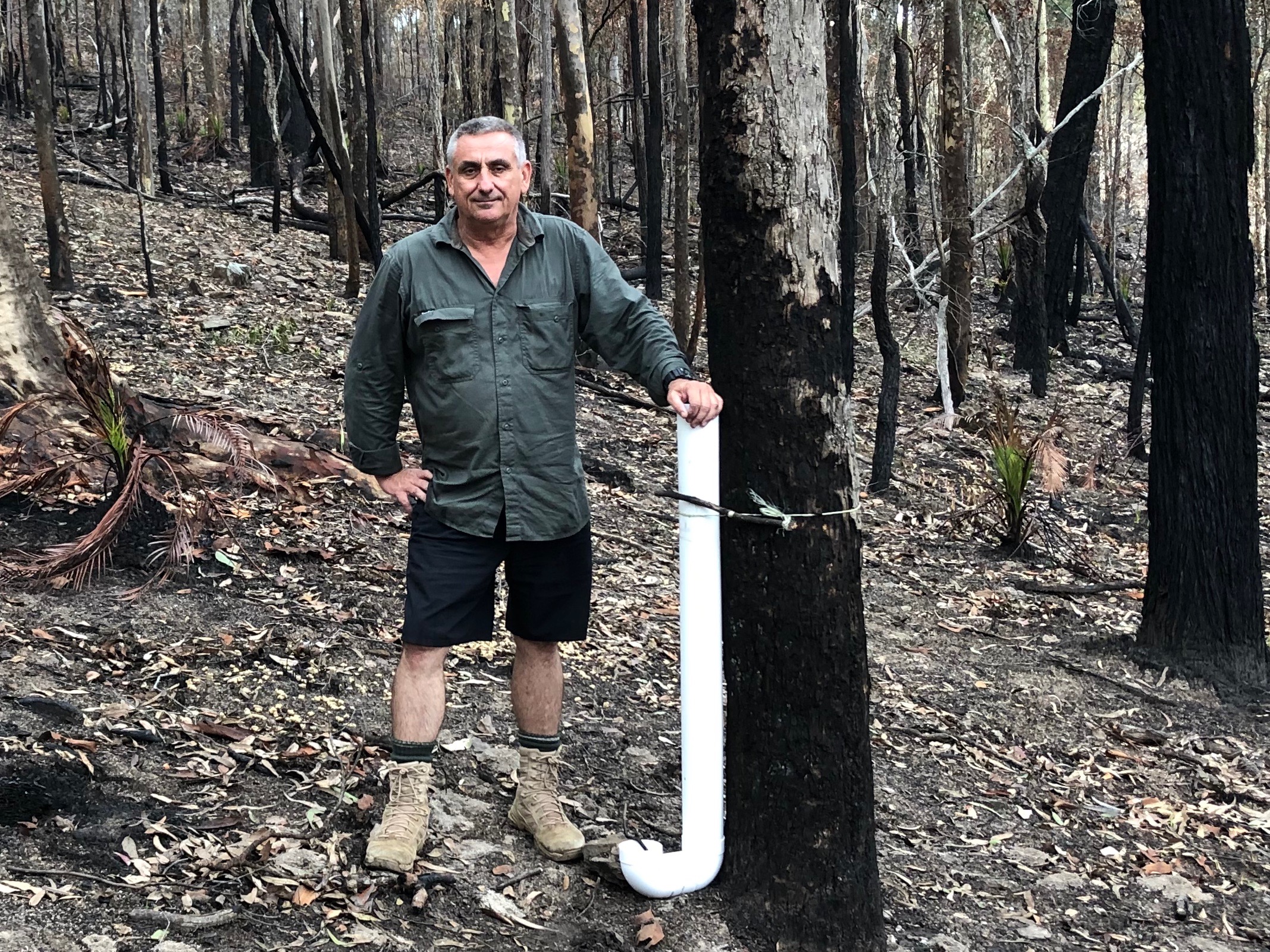 GCF also sent out four sponsored camera traps that allowed us to monitor population numbers, identify individuals that had been injured during the fires and monitor their ongoing welfare. 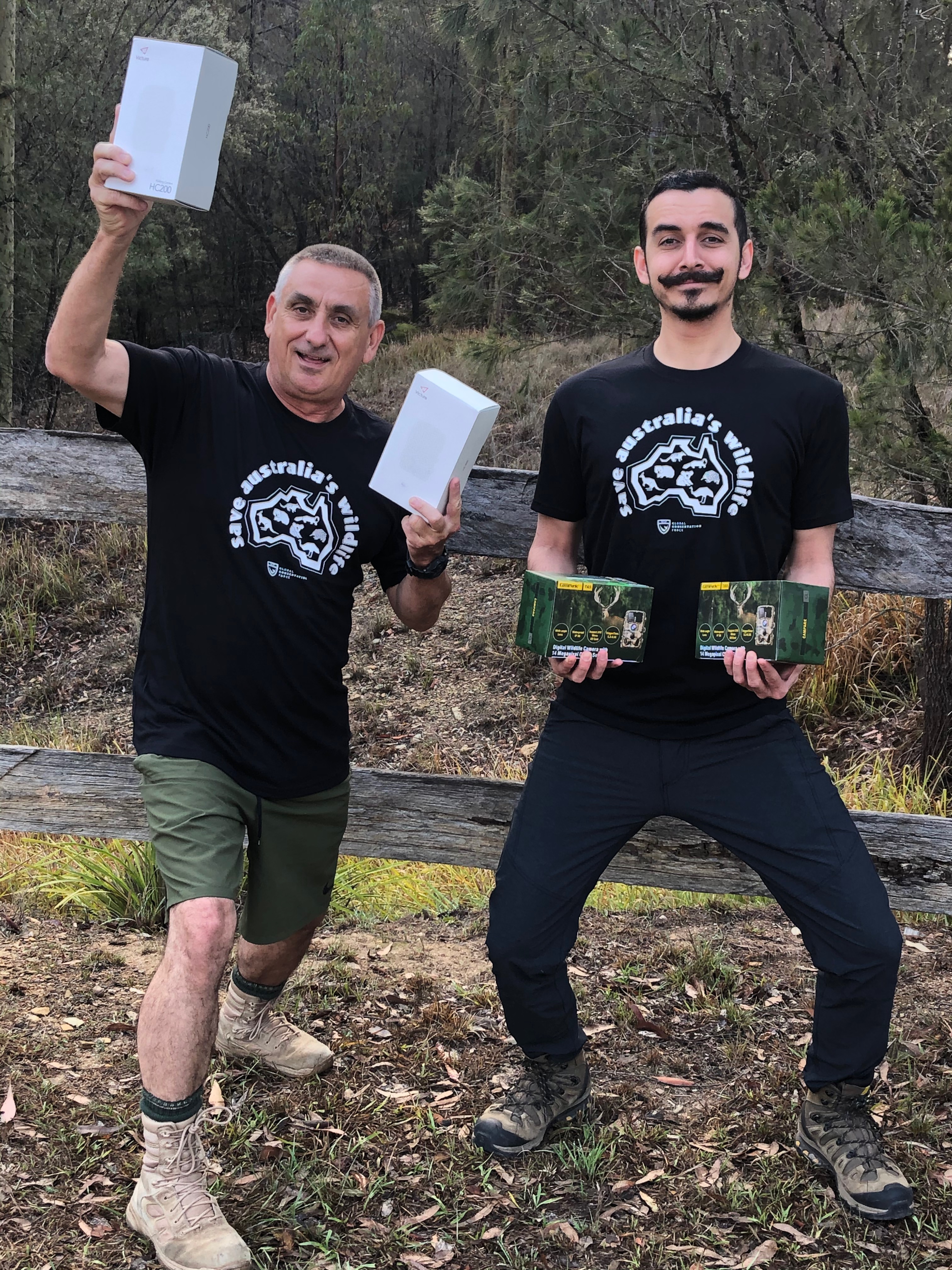 The cameras also allowed us to monitor feral animal encroachment and take action to protect our native species. We identified problem introduced species such as foxes, dogs, cats and rabbits.
These creatures all have a detrimental effect on Australian native species. Steps were taken to control their impact on an already stressed local ecosystem. 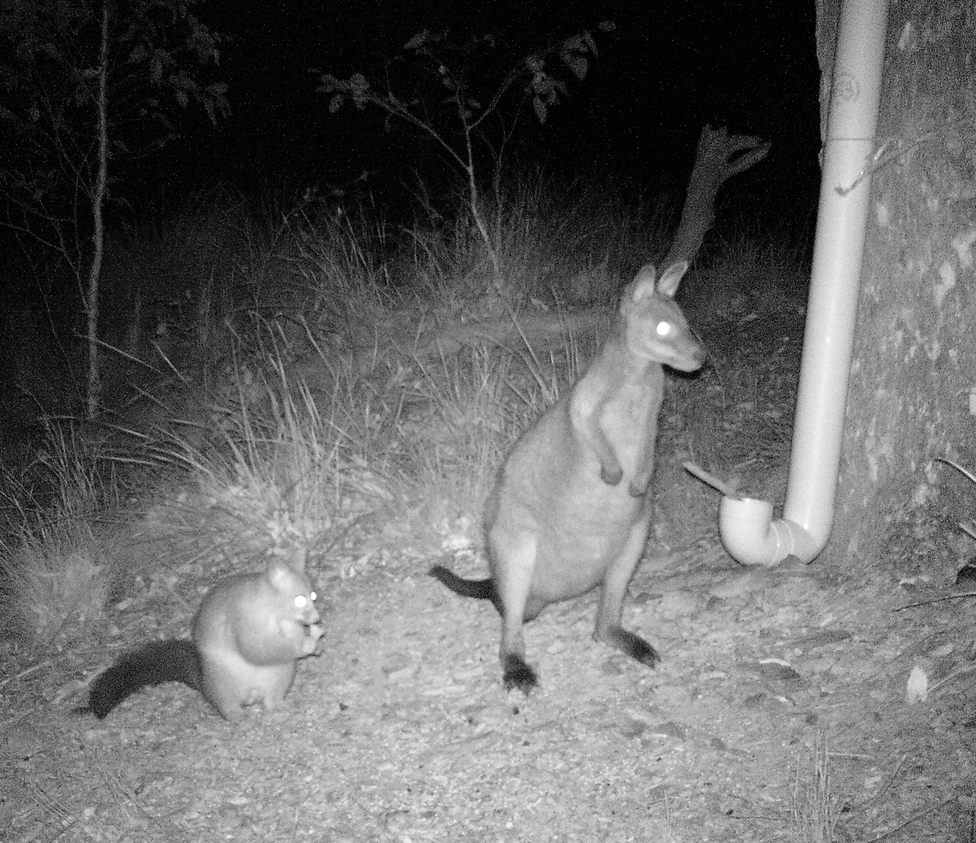 Our region received some much need rain in mid February which promoted regrowth of the forrest and allowed creeks and streams to recommence flowing.

We continued to maintain regular feed and water replenishment at the sponsored stations through the months of January to April at which point the populations began to decrease as the refugee animals began to return to the forest and as a result of the forest regrowth and natural water availability, also our local population no longer required the extra support.

At this point all stations except for two have been brought back in and placed into storage for further use, should it be needed in the future as the predictions for next summer are sounding grim once again. The two that were not retrieved have gone missing from the adjoining state forest.

The same has been done with the four sponsored camera traps (my personal one remains in the field for monitoring purposes).

The support that we received made a huge difference to a large number of animals within the boundaries of the Shale Hill Wildlife Project and its surrounds.

Thank you Global Conservation Force for your support and of course for your ongoing efforts around the world!

This project was fully funded by the generous donors who responded to our call for help on Facebook, online donations via the website, and the purchases of the GCF “Save Australia’s Wildlife” merchandise. Thank you for helping us save wildlife!