Musical Welcome by Horns for Rhinos – 6:15

Where: The Brooks Theatre in Oceanside

Admission: General – $30, Student – $20 (must have current student ID and provide proof upon entry)

Join us for this unique and fun rhino conservation event with special guest musicians “Horns for Rhinos.”

Panelists will discuss rhino conservation efforts in a modern world, and how everyone can play a role in saving endangered species.

Between questions the award winning musicians from “Horns for Rhinos” will play short sets. 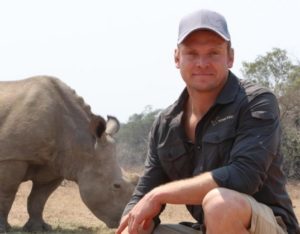 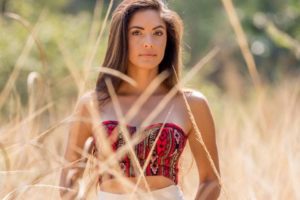 Horns for Rhinos consists of professional brass musicians from the Los Angeles and San Diego area, all donating their time and talent for the sake of wildlife conservation. They have each spent many years pursuing mastery of their instrument. Music performed is arranged specifically for Horns for Rhinos, and has been generously contributed by Hollywood film composers and orchestrators, creating a unique blend of film music, music from Africa, and original works.

Members of the ensemble are true “Hollywood” musicians, recording the orchestral music for films yet to be released like the upcoming Lion King re-animation, and Spiderman: Far from Home. They have played on past blockbusters such as Incredibles 2, The LEGO Movie 2, Predator, Aquaman, Coco, Moana, Star Wars Rogue One, Star Trek Beyond, and Jurassic World, and recorded for the new Twilight Zone, Star Trek Discovery, and The Orville tv shows. They’ve recorded on albums for Dave Matthews Band, Florence and the Machine, and Michael Bublé, and perform at the Hollywood Bowl, on The Voice, and American Idol. Members of the ensemble perform with the LA Philharmonic, San Diego Symphony, San Francisco Symphony, Pacific Symphony, LA Chamber Orchestra, LA Opera, Las Vegas Philharmonic,… and just about every other orchestra in California. They’ve toured with broadway shows, professional brass quintets, rock shows, and have performed all over the world. Of course, they all teach at various levels as well, including positions at UCLA, San Diego State University, and University of Redlands.

Horns for Rhinos strives to engage through music to raise awareness for wildlife conservation, partnering with Nkombe Rhino and Global Conservation Force. With this connection, we educate those that aren’t familiar with the cause and effect of poaching and human/wildlife conflict on these incredible endangered animals, and create new support for their protection and for our ecosystem as a whole.

By admin in Education, News & Updates on May 23, 2019
DONATE NOW TO HELP FIGHT POACHING
Manage Cookie Consent
To provide the best experiences, we use technologies like cookies to store and/or access device information. Consenting to these technologies will allow us to process data such as browsing behavior or unique IDs on this site. Not consenting or withdrawing consent, may adversely affect certain features and functions.
Manage options Manage services Manage vendors Read more about these purposes
View preferences
{title} {title} {title}