“Unless someone like you cares a whole awful lot, nothing is going to get better. Its not”

A famous author once said, “Unless someone like you cares a whole awful lot, nothing is going to get better. Its not”. Those are the infamous words of the famous Dr. Suess. While such a quote seems so powerful, it is not fully understood until put in context  of something you are truly passionate about. This quote embodies the passion that inspires anti-poaching rangers to do one of the most dangerous tasks – To protect the wildlife that struggle to survive against poachers in their own natural habitats.

Simply put, anti-poaching rangers are the truest form of wildlife guardians. They are trained professionals who defend wildlife in their most vulnerable state, out in their natural habitats. While it seems odd that an animal’s natural habitat would be the very same place that it faces the highest risks, it is an unfortunate truth that is becoming more of a reality than ever before. While habitat loss, human encroachment and climate change launched the extinction crisis, poachers have become a significant problem contributing to species decline.

Together, anti-poaching rangers unite to form teams called Anti-Poaching Units (APUs). The result? A group of highly specially trained in tactical defense to locate poachers and stop them in their tracks (literally!). Anti-poaching rangers work on the frontlines to protect endangered species, such as pangolin, rhino, giraffe, and elephant. They also protect a variety of lesser known threatened species who live within the same habitats. If anti-poaching units can begin to work in more remote areas where species preservation is needed the most, we can ensure that wildlife will be protected for future generations to come.

Currently, GCF supports over 300 individual rangers from teams, based in 14 countries,  across Africa and Asia. We provide them with anything from basic patrol gear, to several platforms advanced field training; including anti-poaching canine units and mounted patrol horse units. As long as wildlife populations continue to decline due to poachers, GCF will need your support to continue to maintain and expand our anti-poaching ranger efforts! Join us for an early World Ranger Day celebration on July 28th as we “Ride for Rangers” to raise funds for our wildlife guardians! 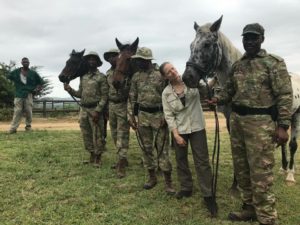 Are you ready to ride?

Global Conservation Force is teaming up with SparkCycle to fundraise for anti-poaching units. Join us for a fun filled afternoon in support of anti-poaching rangers and the work they do to support the future of wildlife populations across the globe.

The event will include a private 45 minute cycle ride, complimentary cycling shoes, a swag bag and a refuel reception afterwards with a raffle, snacks, light refreshments and the Global Conservation force team to chat about how we can continue to save wildlife and end extinction by supporting anti poaching rangers. GCF merchandise will also be available for purchase.

Best of all? 100% of the proceeds will support Anti-poaching units! 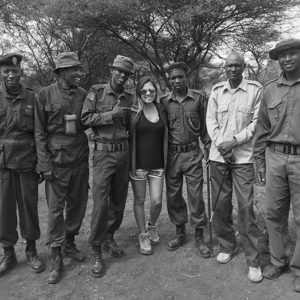