Join us for our annual fundraiser in support of rhino conservation and protection efforts!

All 5 rhino species are facing the threat of extinction within our lifetimes due to poaching and illegal wildlife trafficking. Rhinos are being killed by poachers at a rate of just over 3 a day. Many rhino populations have already gone locally extinct and others are on the brink. Southern white rhino have the biggest population at just about 20,000 left. Other populations of rhino species like the Javan and Sumatran rhino are below 100 animals left. Its hard to get an actual number of how many rhinos have been killed in the last 10 years due to poaching because of lack of reporting and or skewed reports. But, we know that between 2007 and 2016 “officially” 6,115 rhinos have been killed by poachers in South Africa. The murder of rhinos is fueled by a demand for their horn. A demand that comes primarily from East Asian countries, China and Vietnam are the two biggest markets, and those markets are putting big money behind the illegal trade. 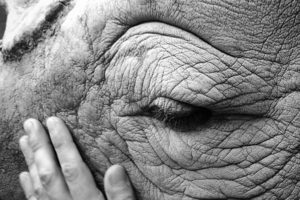 Help us protect rhinos in the wild by coming out to our World Rhino Day Fundraiser September 23rd, at Longship Brewery, from 4pm – 9pm

Global Conservation Force is teaming up with Longship Brewery to fight for the survival of wild rhinos. Join us for a fun filled evening in support of the conservation and anti-poaching efforts dedicated to the future of rhino populations across the globe.

There will be food served at the event by The Carver, Coal & Barrel and a portion of all beer and food sales will be donated directly to help GCF’s rhino protection efforts!

The event will kick off at 4PM and will have an awesome selection of raffle and silent auction items up for bid. GCF merchandise will also be available at the event!
**There is no cover charge for this event**

Understanding the rhino poaching crisis and how to fight it 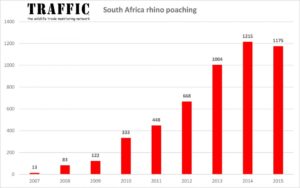 Fact is, it doesn’t work, and that is a scientific fact. Rhino horn is made of keratin, the same protein that is found in your hair and finger nails. If keratin cured cancer, we wouldn’t have cancer anymore. We could simply eat our own nails to magically cure ourselves of many major ailments.

Users that are utilizing rhino horn as a status symbol is more concerning because its becoming a trend in an area of the world that has a massive population. A burgeoning economy in places like Hanoi, Vietnam, and many big cities in China, has created a bigger affluent middle and upper class. It is common for users within the “status symbol” demand market to utilize rhino horn as some would a Ferrari sports car, a Rolex watch or a private jet. These users show off their success, wealth and “power” with rhino horn products like mounted rhino horn, rhino horn bracelets or jewelry, and rhino horn “shots.” 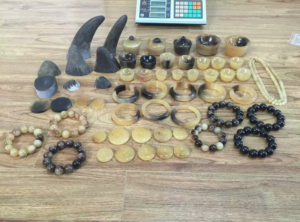 Why is the demand market such a threat? It puts money behind the poaching networks. 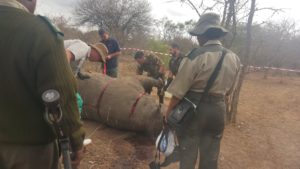 Rhino horn can fetch between $40,000 and $60,000, per pound, in Hanoi, Vietnam, that money employs and gives power to the poaching gangs, wildlife traffickers, and poachers. Many poaching networks are deeply rooted with corrupt officials, from law enforcement to government officials, and they are as organized as the cartels dealing drugs in Central America.

Rhino poachers have become increasingly more willing to take the life of an anti-poaching ranger, who stands guard over these majestic creatures, just to get paid. Rhino poaching has created a “false economy” in some parts of Africa which is eroding the cultural fabric and customs of many indigenous Africans. A system where local African gangs now have the money and power to buy fast cars, drugs, weapons and prostitutes, which they are bringing into their local communities. With this money, power, weapons and drugs, comes violence because they want to maintain their newly achieved wealth and status. Since rhino poaching involves so much money it fuels rhino poachers, syndicate criminal networks, international traffickers, and corrupt officials to be able to achieve their end goal, killing rhinos for their horns. Anti- poaching ranger teams defending rhino are not receiving the same level of support or funding as the poaching networks, and/or the funds are not distributed in a way that are impacting the ground efforts.

Many anti-poaching rangers, or APUs, are still lacking basic resources needed to do their daily job. Items like boots, uniforms, night vision, drones, trained dogs, bullet proof vests and lightweight camping kit are all in high demand. APUs are expected to live within the natural habitat of the rhinos, patrol for long hours, under harsh environmental conditions, and usually poor pay.

They are literally putting their lives on the line to defend rhinos, from poachers, and they need all the help they can get. Training is also a very vital aspect, commonly overlooked, that is desperately needed for some teams working within the rhino poaching pressure zones of Southern and Eastern Africa.

The training needed in the field is very specific since a rangers job is so unique and has become a much bigger task with the rise of the current poaching crisis. For rangers to be effective at protecting wildlife, specifically rhino and elephant, they need to have bush survival skills, local wildlife knowledge, be solid combat style trackers, emergency medical training, weapons training, hand to hand combat training, know how to collect intelligence, crime scene investigation training, and be physically fit.

This is where Global Conservation Force steps in to help! 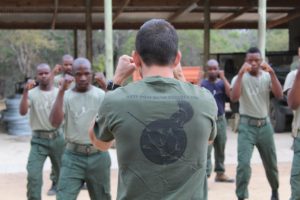 Under our Operation Rhino Shield Initiative we provide assistance to ranger teams in need, that are in the rhino poaching crisis zones, with custom gear, training and provide backup team members to boost their ranger presence. The gear sponsorship is made custom to their environment, poaching pressures, needs and future needs. Once the gear is handed over we provide training in multiple backgrounds.

The training is usually advancing their currents skillset, or building new set of skills, while bolstering morale and camaraderie. This is all assessed based on local knowledge by working in the actual reserves, national parks and private reserves.

Mike Veale, Founder and President of Global Conservation Force, is an active anti-poaching ranger who works with teams across the continent of Africa and works hard to maintain the local knowledge and information to create the best decisions to reinforce ranger teams that are already in place. GCF has a full team of instructors with diverse backgrounds and deploys them multiple times in a year. The instructors are from all over the World and volunteer their time in the field to fight against the extinction of rhino, and everything else that lives in their habitats. Our ongoing goal is to add to the anti-poaching field with no cost to any reserve or ranger team.

The more effective the rangers are, the more poachers they catch, the more difficult it becomes for the trackers to feed the demand market. This can make the product more expensive and out of reach for some who wish to buy rhino horn.

When we help trained and equip rangers to the rhino and elephant protection standard every other animal within that habitat is much safer. Non syndicate level poachers don’t want to risk snare poaching, poisoning watering holes or capturing pangolins if there is a highly trained and equipped team.

Want to help out an Anti-Poaching Ranger or Unit? Click here to “Adopt a Ranger”

Our Adopt a Ranger program is focused at getting the gear needed by ranger teams, or individuals, to the field.

Ways to get involved or help out!

By admin in Events on August 22, 2017
DONATE NOW TO HELP FIGHT POACHING
Manage Cookie Consent
To provide the best experiences, we use technologies like cookies to store and/or access device information. Consenting to these technologies will allow us to process data such as browsing behavior or unique IDs on this site. Not consenting or withdrawing consent, may adversely affect certain features and functions.
Manage options Manage services Manage vendors Read more about these purposes
View preferences
{title} {title} {title}