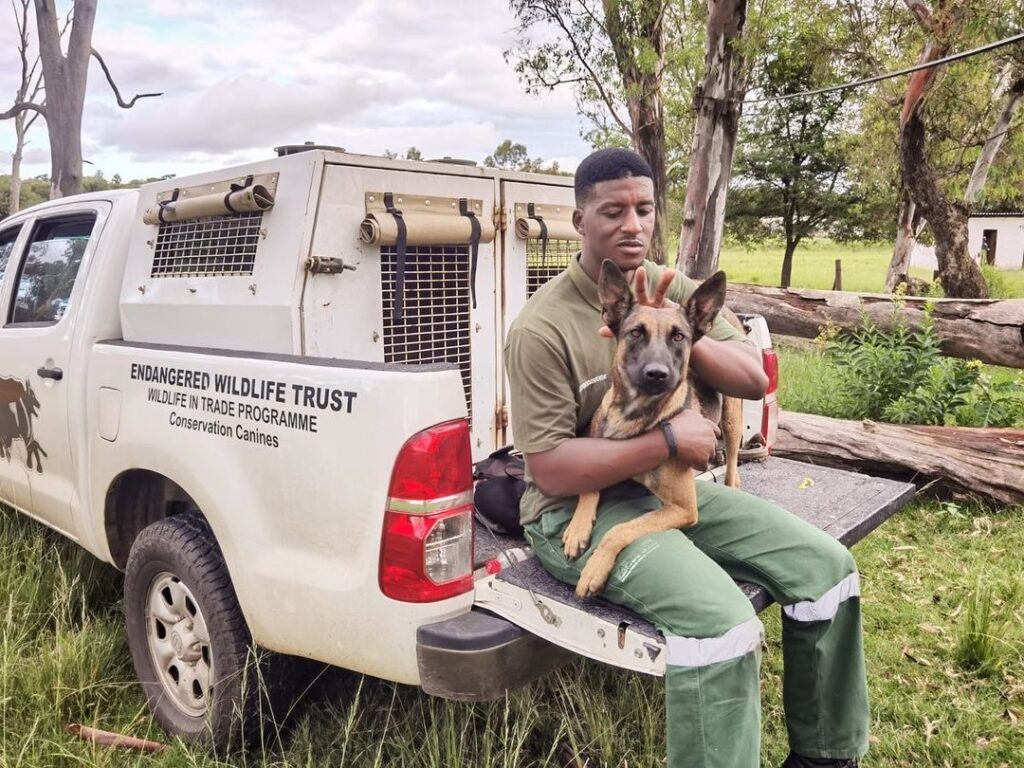 The dogs, Reaper, Nala, Bekah, and Kesatobo (Kesa) originated in the USA and are on long-term working loan to us from Global Conservation Force (GCF), a US based conservation NGO. Before arriving at the EWT’s Conservation Campus, the dogs underwent initial training at Kilo9 Kennels (Kilo9 Academy) in Hoedspruit, where they showed great potential as Conservation Canines.

Since they arrived at the EWT, EWT has continued to develop their skills and have now determined their aptitudes: three will be used as tracking dogs in reserves containing threatened wildlife (rhino, elephant, pangolin) and one will be used as a detection dog to sniff-out wildlife contraband at OR Tambo and other strategic locations. During November 2021, two of the tracking dogs were assigned to their new reserve handlers and have now been deployed to the reserves to get to work. We are not able to divulge the reserve names for security purposes. This deployment was made possible by funding from IUCN Save Our Species and the European Union. The two remaining dogs will start working in January 2022.

How can cryptocurrency and NFTs save endangered species?

By admin in News & Updates, Rhinos on December 16, 2021
DONATE NOW TO HELP FIGHT POACHING
Manage Cookie Consent
To provide the best experiences, we use technologies like cookies to store and/or access device information. Consenting to these technologies will allow us to process data such as browsing behavior or unique IDs on this site. Not consenting or withdrawing consent, may adversely affect certain features and functions.
Manage options Manage services Manage vendors Read more about these purposes
View preferences
{title} {title} {title}